This is a period drama set in 19th century Canada, but this is no ordinary white picket fence type mini-series.

An Irish family set sail across treacherous waters in search of a more prosperous life across the pond. However, the main focus of this gloomy tale is on Grace, the eldest of the family siblings, and, accused perpetrator.

Grace narrates the story, explaining her current situation, the sufferings she has endured, and how she was ultimately branded a murderess. When a charming young psychologist wants to interview Grace about her life and her torments, a journey back in time will test everyone’s ability to decipher what’s true, and what’s fragmented.

The show is described as a dark-tale inspired by true events, but it is a mind-bending story full of twists and turns that will leave you second-guessing your second guesses.

The main character of Grace is portrayed by Canadian actress, Sarah Gadon, known for her roles in A Dangerous Method (2011), Belle (2013), Indignation (2016), as well as multiple TV appearances. Beside Gadon, is Kingsman actor Edward Holcroft who plays the intrigued Dr Simon Jordan.

Some of you might also recognise a couple of familiar faces from the superhero world: Anna Paquin (X-Men) who is perfectly cast as the devious Nancy Montgomery, and DC actor Zachary Levi (Shazam!), takes on the part as magnetic silk traveller, Jeremiah.

We think it’s one of the most underrated mini-series on Netflix. It puts the spotlight on tales and treachery of the past, and then presents to a modern audience for a final ambiguous verdict.

The original book was written by Canadian author/producer Margaret Artwood, and although the story is purely fiction, it is based on factual events of that time period. 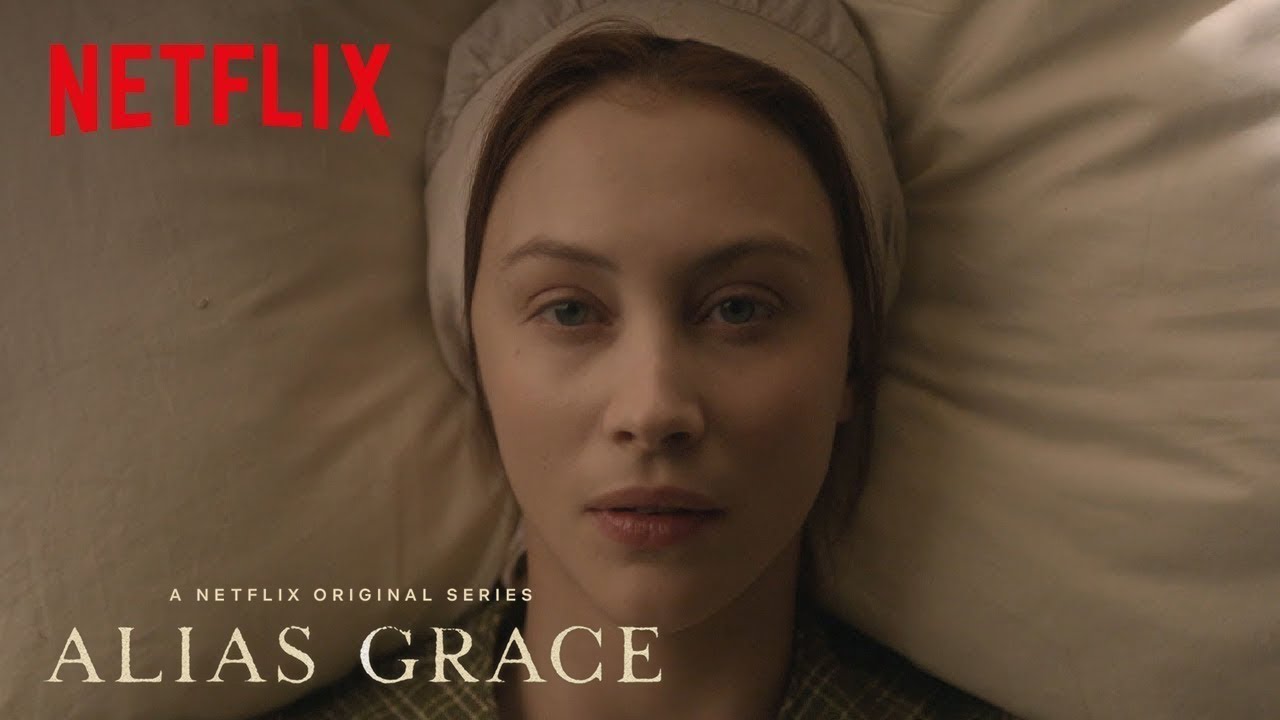 What do you think?

Hey I'm Linzi, the owner and founder of Screen Bunny. An avid cinema-goer and lover of all things film most will say. Credential wise, I hold a pretty looking MA in Film Distribution & Marketing, gained glossy industry experience, worked with plenty of expert business professionals, attended the prestigious Cannes Film Festival, and in 2020 created this fabulous entertainment website for you to enjoy.