And the award for best hair and make up goes to… 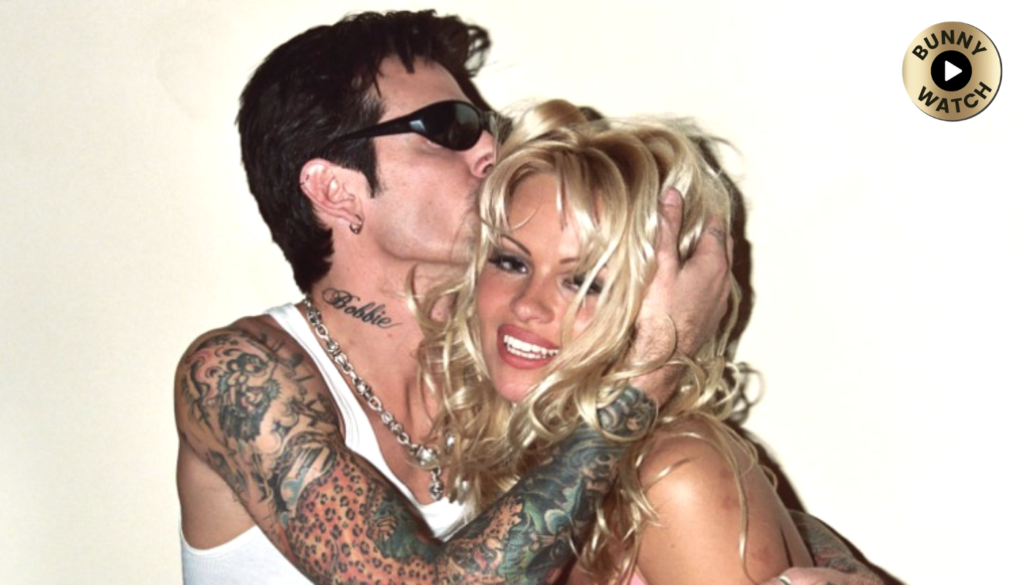 Get ready to rewind back to the 90’s and follow this famous couple as they meet, marry, and settle a lawsuit that would set the tone for cases alike in the future.

Hulu posted two first look images of Lily James (Rebecca, Cinderella) and Sebastian Stan (The Falcon and the Winter Soldier) as Pamela and Tommy on their Instagram yesterday, and the internet exploded!

What will ‘Pam and Tommy’ be about?

So you’ve guessed it by now, the Hulu miniseries will be about the relationship between Baywatch star Pamela Anderson and Mötley Crüe drummer Tommy Lee.

The pair married in 1995 after knowing each other for only 96 hours, whilst on their honeymoon they decided to make a sex tape, which was stolen and leaked online.

The show will follow the lawsuit surrounding the tape and focus on the celebrity couple’s life together. Anderson sued the video distribution company Internet Entertainment Group which ultimately resolved in a confidential settlement deal. In spite of this of this, IEG made the tape available to their subscribers again and the video stayed in the public domain.

Despite the tumultuous events of the 90’s, the show will reportedly have a comedic feel, as well as being a bio-drama.

So by now it should be pretty obvious who is playing the leading two.

Seth Rogen and Evan Goldberg will serve as executive producers on the show.

Is that REALLY Lily James?

Did you need to do a double-take as well?

Lily James looks incredible as the blonde bombshell and looks unrecognisable as herself – she is a far cry from Cinderella that’s for sure. Sebastian Stan looks great as well but you can still tell it is him behind the tattoos and eyeliner.

Unfortunately for now there is no official release date for the series however, it is expected to air this year. Any trailers or teasers are also to follow.

Everything Coming To Amazon Prime Video this June

Everything Coming To Amazon Prime Video this June