‘Loki’ Trailer Debut: The God of Mischief will reappear this June on Disney+

Loki is finally getting his time in the limelight

Disney+ has unveiled the new trailer for ‘Loki’ and we can’t wait to see the mischievous Prince of Asgard at his wicked best.

The Avengers might have broken down after the events of Avengers:  Endgame (2019) but they aren’t going anywhere, not at least if Disney have anything to do with it.

WandaVision (2021) caused quite the stir and generated a whole new era of fandom for the Marvel franchise upon its release this year, The Falcon and the Winter Soldier (2021) is currently airing on the platform and gaining positive momentum, and the next original series we have to look forward to, is Loki (2021) and we are sure it will be just as popular with audiences.

Loki, the brand new original Disney+ series is set after the events of Endgame and follows the defiant Prince of Asgard as he lands in a new world full of trouble with the bureaucratic TVA (Time Variance Authority).

Having absconded with the tesseract back in Avengers: Endgame the trailer shows Loki being detained in some sort of planetary base and recruited in the attempt to restore time. But, Loki being Loki, we can imagine this will not go down well and will most certainly have elements of deceit, malice, and treachery. 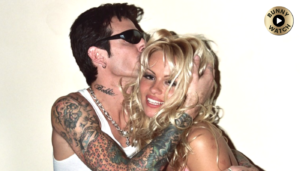